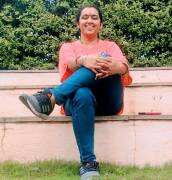 "A result oriented professional with diverse teaching experiences in Indian School Certificate Examination (ICSE), Central Board of Secondary Education (CBSE) and Karnataka State Board, at various schools in the country.

An academic guide who has employed thoughtfulness and friendship with students to achieve organizational goals.

An astute team leader who has diligently donned the role of a facilitator and motivator’s role in the schools at each and every opportunity thereby optimizing performance levels.

Transformed the student’s Intelligence Quotient (IQ) into the Emotional Quotient (EQ) enabling them to take on the real life challenges boldly."

second in the class)