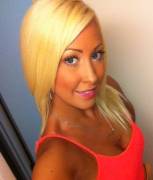 "I tutored students at Gannon University on the topics of English, grammar, linguistics, writing composition, etc.

I also wrote for local magazines and newspapers.

I was on the Dean's list at Gannon University, completed two internships with my hometown's local arts and leisure magazine, Erie Reader, and was very involved on campus."