Honolulu – an Educational Gem of the Islands of the Pacific Ocean 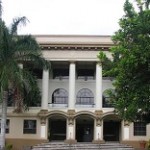 Honolulu is the capital and the heart of Hawaii, the most recent and the most beautiful of the US states. Current President of the United States Barack Obama was born in Sheltered Bay. The city is also historically known due to the Japanese attack on Pearl Harbor that took place near the city on December 7, 1941. Its unique nature, breathtaking sceneries, active volcanoes and endless recreation opportunities are world-famous. Tourism is the most important industry in this region. However, located at the crossroads of transpacific cargo carriers, Honolulu is also a large business and trading hub, financial, research and manufacturing center of the islands of the Pacific Ocean.

Hawaii is an extremely remarkable place in terms of education. Its public school system is the oldest one west of the Mississippi. It was established by Hawaii’s great monarch, King Kamehameha III in 1840 and since then the history of a common education system for Hawaii’s children started. There is a single statewide school district in Hawaii and it serves an impressive K-12 enrollment of about 180,000 students attending more than 280 schools. There are about 13.000 classroom teachers and the Board of Education that exercise control over the public school and the library systems. Honolulu schools serve a total student population of about 60,000 attending 78 public schools and 51 private schools.

Honolulu is home to four community colleges, the University of Hawaii at Manoa, Chaminade University and Hawaii Pacific University.

The University of Hawaii at Manoa is consistently ranked among the best US colleges and universities and has a unique multicultural global experience. It is one of only 32 land-, sea- and space-grant research institutions nationwide. Seven of UH Manoa’s faculty are currently members of the National Academy of Sciences, the National Academy of Engineering and the National Institute of Medicine. It is known for its progressive research in oceanography, astronomy, Pacific Islands and Asian area studies, linguistics, cancer research and genetics.

Hawaii Pacific University, founded in 1965, is Hawaii’s largest private university. HPU is one of the most culturally diverse universities in the US. Its student body of approximately 7,000 undergraduate and 1,200 graduate students represents all 50 U.S. states and more than 100 countries. HPU offers more than 50 undergraduate programs and 14 graduate programs. Its largest academic programs are in business administration, education, nursing and international relations.

Honolulu’s great study and research opportunities attract students and faculty from across the nation and the world. More than 170,000 of UH Manoa’s alumni reside in 50 states and more than in 108 countries worldwide. Among them are famous congressmen, senators, sportsmen, scientists and other celebrities. That is why Honolulu can be truly named Crossroads of the Pacific not just in a geographical but also in an educational sense.

To find a private tutor in Honolulu, HI refer to Tutorz.com.

Dariya Lopukhina is former Marketing Director at TutorZ.com. She is trying her hand in writing articles. Besides Dariya is an experienced dog-owner and she is very keen on pets, cooking and sports.
View all posts by Dariya Lopukhina →
This entry was posted in Tutoring.