Lincoln, NE – The Premier Educational Center in the Midwest

Posted on August 9, 2012 by Dariya Lopukhina 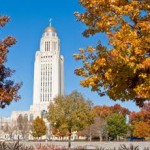 Lincoln is the capital and the second largest city of the U.S. state Nebraska. The city was founded in 1856 as the village Lancaster. In 1867 Lancaster was renamed Lincoln, after the 16th President of the United States Abraham Lincoln, and became the state capital. In the 19th century Lincoln was an important railroad junction for major western routes. In our days, being one of the most populous cities in Nebraska, Lincoln preserves many appealing features of a little Midwestern town. It has eco-friendly infrastructure, vibrant artist community and incredibly delicious local restaurants. The Lincoln metropolitan area includes Lancaster County and Seward County and serves as a government, cultural, business and educational center of that largely agricultural region.

Lincoln is the major hub of the Nebraska’s education network and this supports an appropriate education level of its residents. Over 90% of Lincoln’s citizens completed high school degree, more than 30% have bachelor’s degree and over 11% achieved graduate or professional degree.

The Lincoln Public Schools system is the second largest school district in Nebraska. There are 82 public schools, 25 private schools and 10 post-secondary schools in Lincoln. There are 56 elementary schools, 37 middle schools, 26 high schools and 312 Lincoln preschool schools. The student to teacher ratio for public schools is 14:1 which is 8.1% greater than the Nebraska’s and 14.6% less than the national student to teacher ratio. The public education in Lincoln was ranked in the top five nationwide for quality by Expansion Management magazine.

The University of Nebraska–Lincoln (UNL), chartered in 1869, is a public research university with a very high research activity. It is the main branch of the University of Nebraska system and the Nebraska’s oldest and largest university. UNL, with an enrollment of over 24,000 students, is organized into eight colleges and maintains two campuses in Lincoln. The university offers associate’s, bachelor’s, master’s and doctoral degree programs in a wide range of disciplines including arts, engineering, accounting, literature, history, architecture, law, philosophy, Native American studies and many others. UNL was one of the first institutions west of the Mississippi River to award doctoral degrees — the first doctoral degree, in physics,  was granted in 1896. UNL established the world’s first undergraduate psychology laboratory. Its English Department has one of the world’s top programs in the digital humanities. The university is also renowned in Robotics and has a high equipped robotics laboratory. The university is ranked near the top third of all national universities both public and private and in 2011 Fall 2011, for the eighth-straight year, it was among the top 50 public universities listed in U.S. News and World Report’s annual evaluation of America’s Best Colleges. UNL has been home to many remarkable persons, including the literary naturalist Loren Eiseley, geneticist George Beadle, social researcher Alvin Johnson, investor Warren Buffett, artist and engineer Harold Edgerton, and many others.

Lincoln is a wonderful city that remarkably combines the amenities of a small regional city with the benefits of a fast growing metropolis. It presents brilliant business development, employment, cultural and education opportunities. As a college town, Lincoln offers a wide choice of good universities and colleges. It is a perfect place to raise a family, be a college student or just visit for some fun.

Visit TutorZ.com to find a private tutor in Lincoln, NE.

Dariya Lopukhina is former Marketing Director at TutorZ.com. She is trying her hand in writing articles. Besides Dariya is an experienced dog-owner and she is very keen on pets, cooking and sports.
View all posts by Dariya Lopukhina →
This entry was posted in Tutoring.

One Response to Lincoln, NE – The Premier Educational Center in the Midwest