Misfortune has struck me recently because my fiancée has been diagnosed with a form of schizophrenia.  She no longer is the sweet, caring and intelligent women she used to be.  Due to her psychosis she disconnects from the real world and now her life mainly goes on in her head.  Imaginary voices speak to her while she is awake, acts on her negative emotion by attempting to hurt some people around. She also fails to identify her fiancée (that is me).  A horrifying scenario indeed! 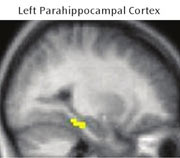 In this article I provide an overview of schizophrenia, how it is diagnosed, treated and how tutors can provide support to manage this mental disease.

Schizophrenia is an illness of the mind and best characterized by poor cognitive and emotional responsiveness. Depending on the individual he or she will exhibit one or more of the following symptoms:

1. Delusions: False believes. Such as having imaginary friends, being a spy or being followed. My fiancée believed I was about to pack my bag to leave her for good.

2. Hallucinations often in the form of voices in the head, but schizophrenic people may also see, smell, taste, and feel things that are not there. My fiancée – for example – held her ears closed in an attempt to escape these voices.

3. Bizarre Behavior covers a wide range of ways that seems strange or inappropriate to “normal” people. My fiancée started five different household tasks without finishing one of them.

4. Disorganized Speech: Sentences which may not make much sense, strange topic of conversation changes.

5. Negative Symptoms: Lack of motivation or interest. Emotional distance even to loved ones. Diminishing ability to function socially.

One may judge schizophrenic people as being of poor characters.  But this is far from the truth as schizophrenia is a genuine biological disorder:  In the brain billions of neurons interact with each other.  This process requires bio-chemicals – or neurotransmitters – such as dopamine and serotonins.  Most commonly, elevated levels of dopamines causes misfiring of neurons which trigger the mind’s misinterpretation of reality.

Diagnosing Schizophrenia
There is no test for schizophrenia yet.  Instead the psychiatrist interviews and observes the patient and identifies the disease by the symptoms.  Often MRI scans provide further clues about the presence of schizophrenia.  Moreover, doctors must rule out other causes such as a brain tumor or drug abuse by means of blood and urine tests as well as MRIs.

In order to prescribe the right treatment a doctors consider different types of psychic disorders:

1. Schizophrenia: Symptoms start 6 months or more prior to the onset of the episode. They increase in severity and usually impair social functioning and/or degrade performance at work.

2. Schizophreniform Disorder: Same symptoms as schizophrenia, but they start 6 months or less before the full outbreak of the illness.

3. Brief Psychotic Disorder, or brief reactive disorder. Symptoms last at least a day but never more than a month. The duration of the psychosis is generally shorter (1 to 3 months). Thereafter the patient fully recovers.  Because my fiancée experienced such a sudden onset of her symptoms I am hopeful her diagnosis is that of a brief psychotic disorder and will return to the wonderful person she was before.

5. Delusional Disorder: To them it is evident they are being followed, conspired against or have to save the world.  No reasoning will help.  These delusions persist for at least one month or more.

Treatment
Unfortunately, there is no cure for schizophrenia.  But the illness can be managed by means of antipsychotic medications, often in combination with psychotherapy, family counseling and group therapy.

The first-line psychiatric treatment for schizophrenia is by means of anti-psychotic medication which can reduce the symptoms of psychosis in about one or two weeks.  Long term use of antipsychotic of decreases the risk of relapse.  These mediation typical block dopamine receptors in the brain’s synapses.  While this process manages psychosis often well it accompanied by harmful side effects.  These effects include weight gain, muscle weakness, inability to remain motionless, shrinkage of brain volume, diabetes, sexual dysfunction and reduced life expectancy. Today most antipsychotics in use are in second generation. They have less side-effects.  Examples of these newer medications include clozapine, risperidone, quetiapine, and ziprasidone.

Besides psychotherapy, family and group therapy there is evidence that diet and managing stress reduces the severity of schizophrenia or lessens the risk of a relapse. In fact the ubiquitous gluten – found in bread, cookies, snacks and many other processed foods – coupled with a genetic predisposition might cause the patient to produce gluten antibodies harmful for the brain (auto-immune response).

Since stress can trigger a psychic episode it is simple to manage it. Stay away from a high carb diet and prefer fresh fruits and vegetable together with fatty fishes (rich in omega-3).  At TutorZ.com you find tutors who can advise you on which nutrients are right for mental health.

Another important way to manage schizophrenia is physical exercises. It builds up lost muscle wait, controls gained weight and most importantly acts to reduce stress. Yoga, meditation and Tai Chi have been proven to be especially effect and is offered by many tutors on TutorZ.com.

Of course, when dealing with schizophrenia it is always necessary to seek (ongoing) advice and treatment from psychologist or psychiatrists.  However, in less severe cases of schizophrenia a tutor might be the right person to give you a break from having to attend your child, spouse or parent.  In fact, developing creative skills such as playing guitar or piano, acting on stage, painting or knitting helps to reduce the symptoms.  The skill set required of a tutor teaching a schizophrenic student is similar to that of autism, attention deficit disorder or manic syndromes.  We at TutorZ.com can connect you with tutors who specialize in schizophrenia, autism, dyslexia and ADHD.

For further information about schizophrenia you may also contact one of our qualified psychology tutors.

Dirk Wagner is owner of Tutorz LLC. He holds a M.S. degree in computer science and has 8 years of experience as software engineer and researcher. Dirk has tutored math and computer science to dozens of students in Southern California. You can find him on Google+, youtube, facebook, twitter, tumblr, quora and pinterest.
View all posts by Dirk Wagner →
This entry was posted in Tutoring.